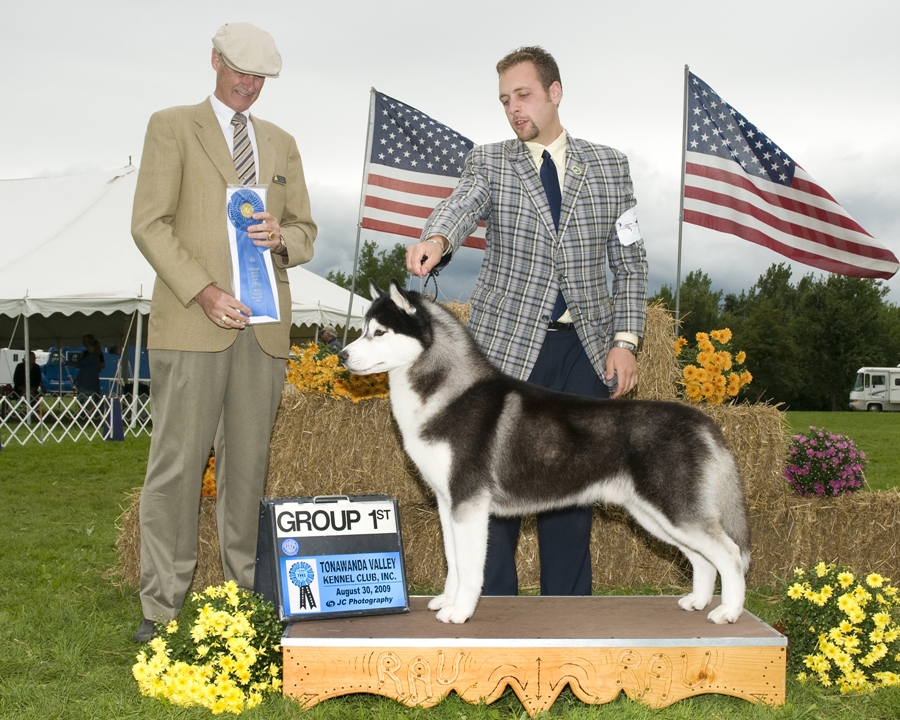 Carter one of the most prominent and famous sons of one of the best of breed manufacturers in the United States BIS BISS Am Ch Innisfree’s Chips Ahoy, who left behind more than 60 breed champions worldwide. In 2008, Carter became TOP #1 Husky in the USA! Full list of victories and winning the Carter can be seen at the site of his breeders and owners Covenrty’s Siberians web-site.
Carter is one of the most famous show Huskies in the world, winner of the most prestigious shows in America, „Westminister“ and „Eukanuba„. On the links below you can find videos from these shows.