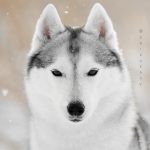 Maple taffy is a sugar candy made by boiling maple sap. It is part of traditional culture in. The event in is called a sugar on snow party, and the soft candy is traditionally served with yeast-risen donuts, sour dill pickles, and coffee. Our very special girl got her name because of her widely known father MBIS MBISS AM CAN LT LV SLO INT CH SNOWMIST’S QUICKSILVER SPEIGAS “Fizzy”, WORLD WINNER 2012, BIG at WDS2012, Winners Dog, Best of Winners, Best Bred By at the SHCA Specialty 2011,TOP # 1 Siberian husky 2013 USA, Westminster’14 BOB, who was born in Canada.

Taffy is the brightest dog of the kennel. She is very smart and artistic. Her stunning movement and temperament are admired by many well-known judges, a vast amount of her show titles confirm that.

She is also a soul of our kennel. Permanent twinkle in her eyes won our hearts the moment she was born. Very loving and clever dog, not dominant, but knows it’s worth.

Taffy is an embodiment of beauty and those special features that characterize this breed. It enchanted us and made us servants of this breed as long as our hearts are beating.