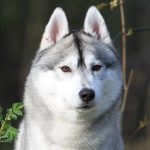 Canadian HEEP is our the most long awaited dog in the kennel.
He is son of the TOP # 1 USA 2008 BIS BISS AM CAN CH Coventry’s Peace Negotiator and Multi BIS Multi BISS AM CAN CH Snowmist’s Legally Blonde and MULTI BISS AOM AM CH Innisfree’s Chips Ahoy‘s grandson.
Heep is very kind and tender boy with people, and full of dignity towards dogs. He always finds a way to express his opinion about everything going on around. Easy to care about and joyful, he still loves to play with toys, not destroying them, but collecting them in one pile, despite the fact that hes is already a father of some kids from various combination litters.
Many thanks to Kim Leblanc for trust and possibility to admire such wonderful dog in our family!